Finding A Bed Bug Attorney in Your City – Infestation Lawsuit Information
Communities across the country have succumbed to an invasion of bed bugs. According to the CDC (Center for Disease Control), the “United States is one of many countries now experiencing an alarming resurgence in the population of bed bugs.”

Legal Recourse: Victims of beg bug infestations have the right to file a lawsuit against property owners
and hotel managers for failure to provide for proper living conditions for tenants and hotel guests. Unfortunately
however most law firms and attorneys across are not aware of and do not have the knowledge or expertise to handle
bed bug bite and infestation litigation.

Cause of the Recent Bed Bug Epidemic:
Before the 1940’s bed bugs were a common pest across the globe. Everybody understood that they had to use caution and good common sense when visiting hotels, motels or other
establishment so as to prevent a bed bug bite incident. During WWII the chemical DDT began to be use to rid our
communities of harmful pests including bed bugs. The successful implementation of DDT from the 1940’s to the 1960’s
resulted in the near eradication of bed bug infestations across the country.

In reaction to the severe environmental impact of the chemical the state and federal legislation banned the use of DDT. The few bed bugs that remained possessed immunity to most pest control chemicals and began to repopulated. By the 1990’s bed bug infestations began to surface in the east coast and moved west infecting homes, hotels and apartments in major population

Cities with the highest per-capita number of Infestations in the United States: According to a list published by ORKIN the country’s largest pest control and management enterprise some of the largest metropolitan destinations with the highest level of bed bug infestations are as follows

As you can see in the list above, Chicago is the city with the most severe case of bed bug problems in the United States.
Victims of bed bug bites or other injuries due to bed bugs are encouraged to contact our law office for assistance. 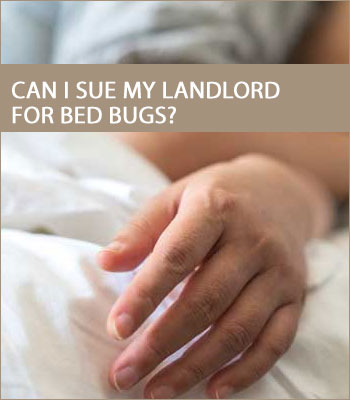 “Highly satisfied with these bed bug lawyers. After getting bed bug bites all over me as a result of my landlord’s negligence, I started looking for an experienced bed bug attorney and found these guys. They are highly reputable and got me a great settlement for my bed bug lawsuit.”
– Steve guzman
5/ 5